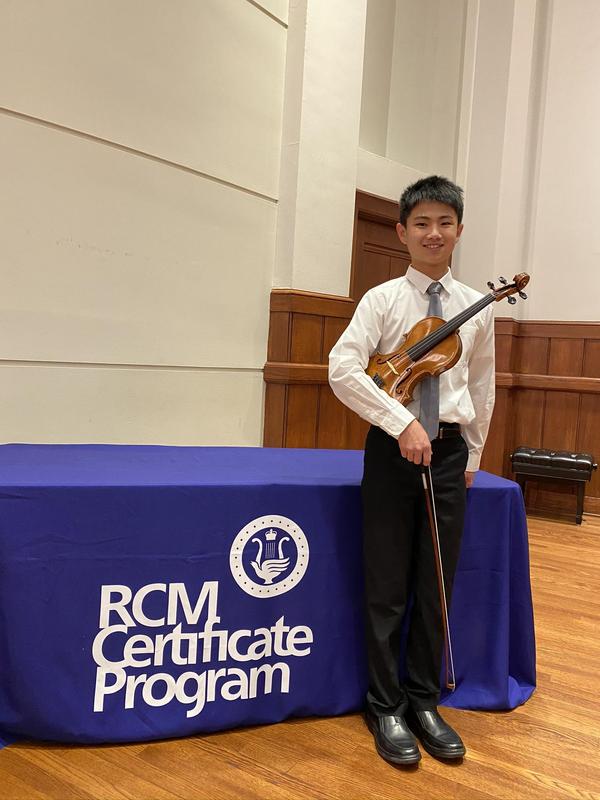 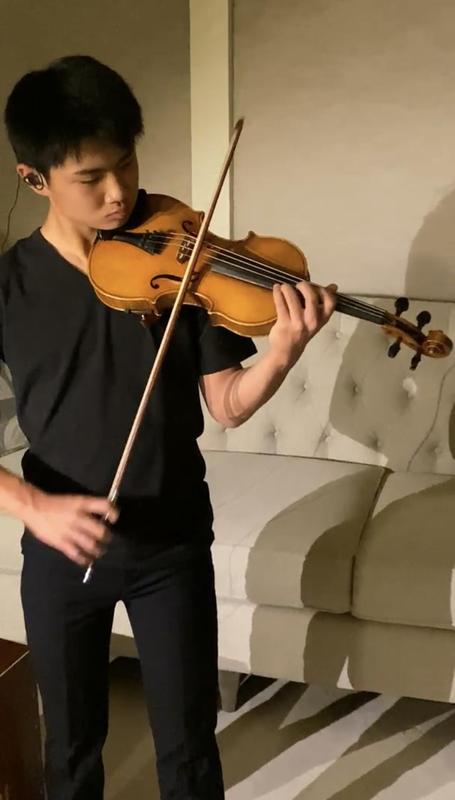 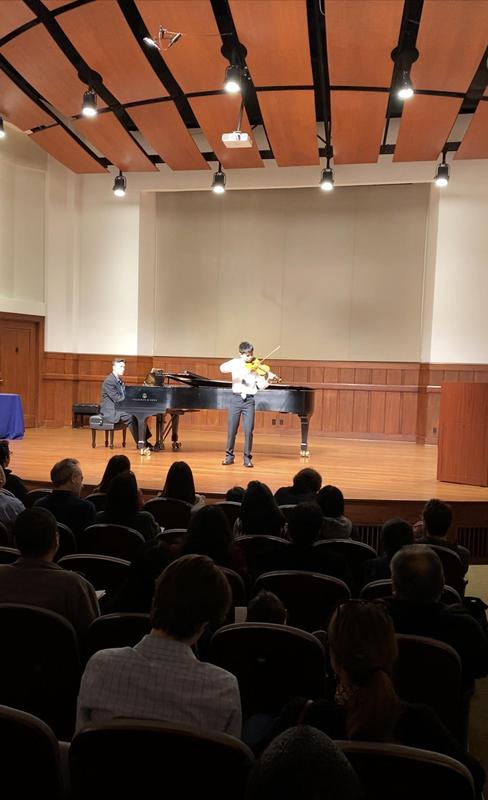 The prestigious honor is awarded to examination candidates of the Royal Conservatory who have obtained the highest marks in each level and in their respective musical discipline (e.g., brass/woodwinds, piano, or strings). The candidate must also have obtained at least 90 percent in the practical examination and have completed the co-requisite theory examinations for their respective level to qualify for a National Gold Medal.

The Royal Conservatory measures 10 levels of musical proficiency and Caleb started with the Level 4 examination. The accomplished violinist, who started playing at the age of three, has earned three consecutive gold medals through Royal Conservatory examinations. “The exams gauge progression of skill, musical theory, and how well you read music,” said Tsai. “For the playing portion of the test, they give you a specific set of scales to execute, and then I had to play 3-4 songs of my choice from a list they provide of different music genres.”

Tsai transferred to ESUSD in 2017 specifically to be part of the ESUSD orchestra program. He attended Richmond Street School for 5th grade and during that time enrolled in the El Segundo Seaside Strings program, where he excelled. Caleb is currently a member of the ESMS Orchestra. He also studies privately with violin instructor Way-Chung Wong of Torrance and piano teacher Lorenzo Sanchez of Westchester, Calif.

Tsai says what he likes best about attending El Segundo Middle School is its diversity and emphasis on teamwork. “The International Baccalaureate Middle Years Programme (IB) is focused on collaboration and we learn how to work with other people to complete projects,” he said. “There are so many different types of people with backgrounds and views I can learn from.” For his ESMS Community Project, he and two fellow students formed a strings trio to play music for senior citizens in assisted living homes.

He is looking forward to attending El Segundo High School next year where he is excited to perform with the orchestra and try out for the tennis team. “I’m looking forward to an opportunity to play a school sport,” he said. He is also considering participation in the Biomedical Science Pathway.

As a child, Tsai was inspired by Dutch violinist and conductor Andre Rieu, and he continues to be inspired by his parents who “are so supportive of all my activities and help me achieve my goals.”

His mother is thankful for ESUSD and the district’s comprehensive music program, which is generously funded by the El Segundo Education Foundation and its donors. “Caleb has found so much joy being a part of the strings/orchestra programs at ESUSD and he enjoys his interactions with teachers and friends,” said Mei Tsai, Caleb’s mother. “The environment of the El Segundo Unified School District has helped him thrive.”